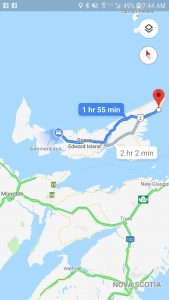 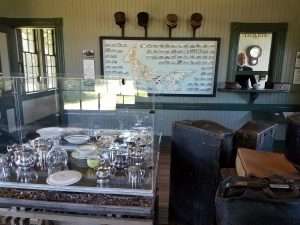 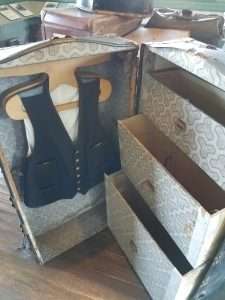 We added 93 miles to our trip to go to the northeastern tip of the island, which is some place I had never been before. Our first stop was Elmira Railway Museum in Elmira, PEI. This was the only train attraction that I could find on the whole island, and it was just down the road from the Red Point Provincial Park, where we were staying for the night.

Zach has gotten so used to riding scenic trains so this was a little bit of a let down for him. I think if he was younger, it might have held more interest for him. The two train rides are definitely geared towards younger children, but it was inexpensive and a great place for a picnic, so it wasn’t a total wash. I loved looking in the old train station and seeing all the antiquities of the old railway that ran across the island. If you have younger kids, they would love the train rides since they are on miniature trains, but they were just a bit too small for someone of Zach’s size. 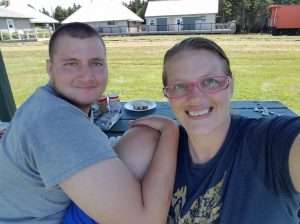 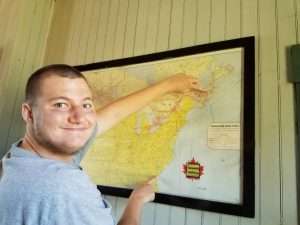 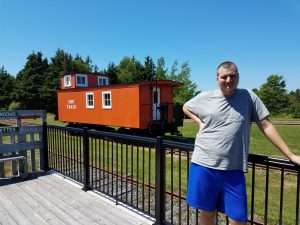 There’s one building with a huge model railroad system set up….and while it’s quite impressive to look at, they only had one lone engine running around it on a loop with no rail cars behind it. Zach quickly proclaimed it “lame” because of the one engine and he actually found more interest in the old upright piano sitting in the entrance to the building. He found the different notes of various train horns and sounded out the horns. That kept him busy for about a half hour while I looked at some of the old books and model trains that were mounted in cases on the wall.

The gift shop has a lot of wonderful items for younger kids and train enthusiasts and the people that were working were extremely friendly. There’s a few swings and a picnic table so that you can take a break and relax, which is exactly what we did. We found a map in the old train station and we were both shocked to look at a bigger map than just on our laptops and phone to see where we started from two weeks ago and how far we had come. 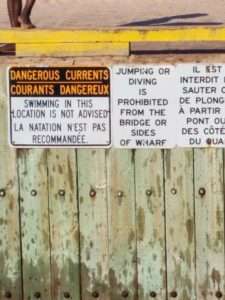 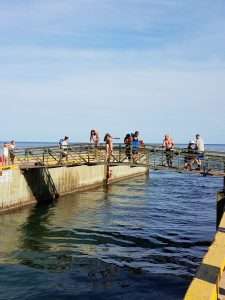 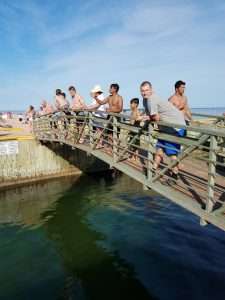 Zach had a rough couple hours after we set up camp at Red Point, and one of the park rangers told us about Basin Head beach so we took a drive down to the area to see what all the hype was about. It’s a gorgeous beach with a river that empties into the ocean, but the biggest draw for dare devils is the bridge that people jump off of into the canal going out into the open water. At high tide, it’s quite the ride. Both Zach and I got a kick out of the sign on the canal that told people that jumping from the bridge and sides of the wharf are forbidden, but the lifeguards are clearly resigned to people doing it anyway and just hang out on their large chairs, just waiting for someone to need help. I can only imagine it would get tiresome all day to try to keep people from jumping off the bridge and your voice would get worn out. 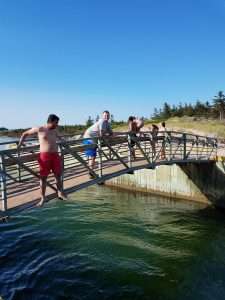 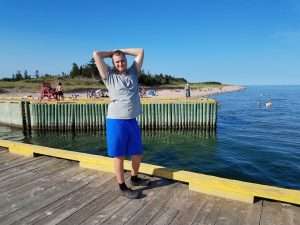 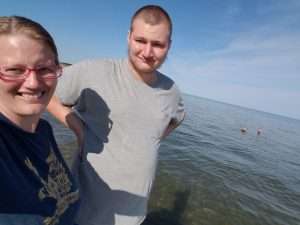 We could see jellyfish, large fish, and schools of minnows all making their way out to the ocean. We discussed where we would feel most comfortable swimming and decided it was definitely not in the canal and neither of us would jump from the bridge. It was just a fantasy to swim anyway since the water is only between 65 and 68 degrees Fahrenheit right now, which is far too cold for us newly acclimated southerners. We hung out for a while to watch people jump and then headed back to the campground for dinner. It was another cool night, but I bundle up in the tent, while Zach just sleeps in boxers and socks! I could easily get used to listening to the ocean every night to put me to sleep, which is exactly why I picked the provincial parks along the shore for this trip. 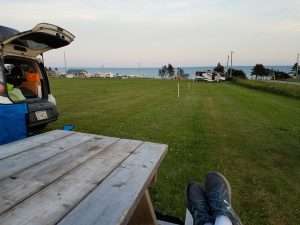