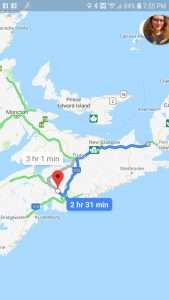 We drove 158 miles this day as we traveled from Linwood Harbor to Halifax, the capital of Nova Scotia. This was the most metropolitan area we had been in since we left the Philadelphia area earlier in the month.

When I started researching Halifax and the interesting things that we could see there, one of the things that kept popping up was the Titanic grave site at Fairview Lawn Cemetery. I knew that this would be something that would interest both Zach and I as I have always had a deep fascination with anything about the Titanic and one of Zach’s favorite movies is the 1997 version of Titanic. He watched it over and over so many time on VHS that he wore out the tape and now he has it on DVD. He knew the second half of the movie by heart. He’s also done a lot of research on his own about the ship and the sinking. 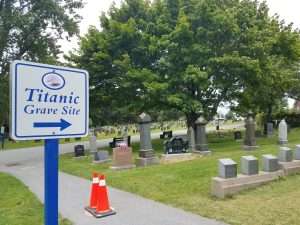 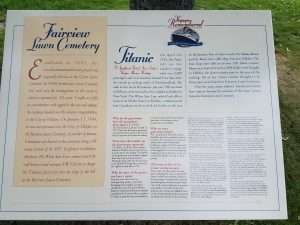 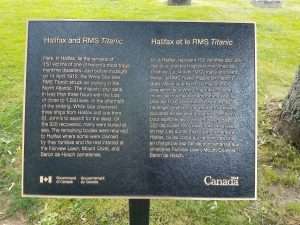 The cemetery was very easy to find and the grave site was well marked. It was also probably the busiest part of the cemetery. The White Star Line had offices in Halifax and it was also the closest major port to where the ship sank, so it was only reasonable that the recovered bodies were brought to Halifax. It was very sobering to see so many gravestones all marked with the same date of death. There are roughly about 150 headstones in the Titanic section of the graveyard. Some of them don’t have names because there wasn’t really anything on the deceased that could identify them. Over the recent years, technology and DNA testing have confirmed some of the bodies and their names have been added to the front of the headstones. 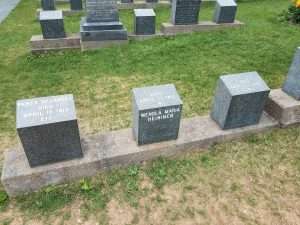 The number on each of the stones is the order in which bodies were recovered from the ocean. Some of the more wealthy families were able to pay to have their loved ones sent back to Europe or in the US where they were bound to be buried there, many bodies were given burial at sea because the recovery mission was so large and there were so many bodies, but about 150 of the 300+ bodies that were brought to Halifax were buried here in this cemetery. 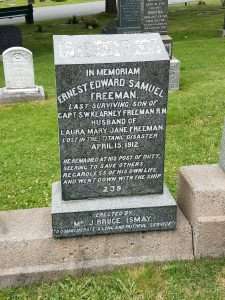 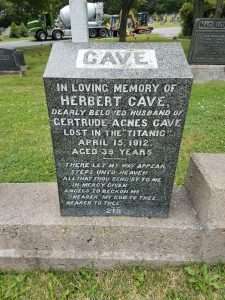 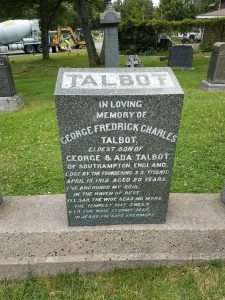 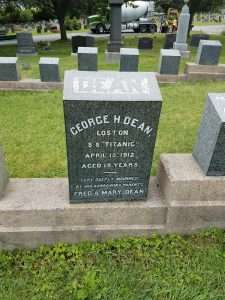 The White Star Line decided on the simple black granite headstones with the name and date of death as the default for all of the bodies buried here, though there are some graves with more elaborate monuments that were paid for by family. One monument was paid for by J. Bruce Ismay, who you might recall was a chairman and managing director of the White Star Line and took a place on one of the lifeboats to safety. This stone in honor of Ernest Edward Samuel Freeman was assumed to be placed here by Ismay as result of his guilt. Freeman went down with the ship but remained faithful to his post until the end. 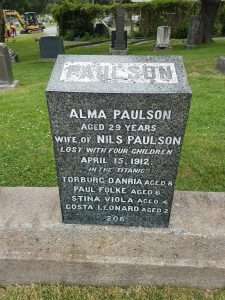 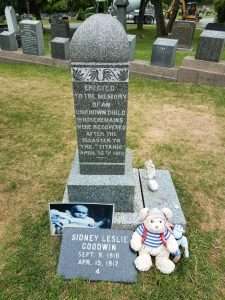 One of the stones was erected by a group of men on the recovery boats to commemorate the unnamed child that they found as boy #4 in their mission, and also the first child they recovered from the water. This child was later believed to be the son of Alma Paulson, who perished along with her 4 children on their journey to the US to reunite with her husband. Alma’s body was recovered, but her four children were not. It was later discovered through DNA testing that the child was actually Sidney Leslie Goodwin and a stone was added to the monument along with a photo. 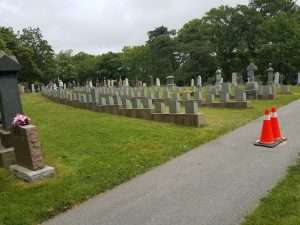 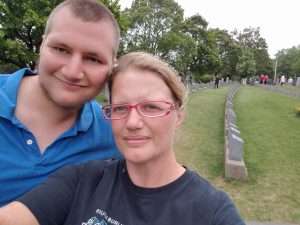 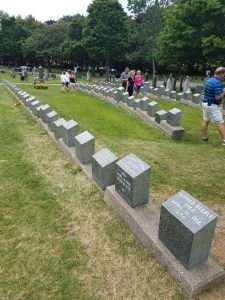 The graves were designed to fit into the slope of the graveyard and I thought they gave an eerie resemblance to the smokestacks on top of the Titanic with the way they were grouped by threes. 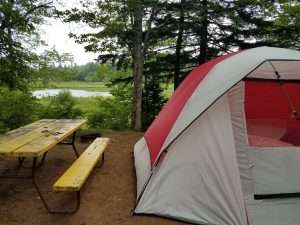 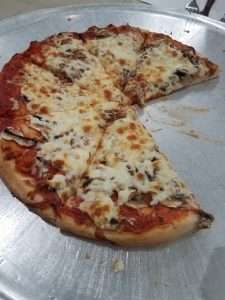 We headed to our campsite and set up the tent and just as I was getting ready to start cooking dinner for the night, a light drizzle started up, followed by some strong winds, so Zach and I made the decision to find a local pizza joint and eat there. It was nice to have someone else cook for us and pizza, burgers, and onion rings are always a good choice.