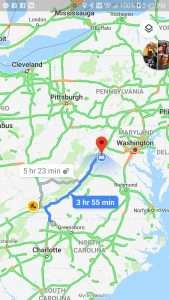 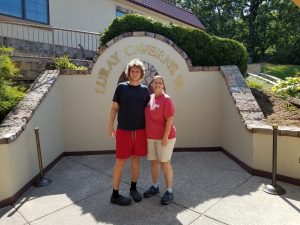 nother 248 miles north! We left Ararat, NC around 10 am and pulled into Luray Caverns in Luray, VA about 4 hours later. This is one of those attractions that I have wanted to go to my whole life. I would see the brochures and the signs and it was always just a little off the beaten path from where I was headed and could never make the detour to see it. Since this trip is all about exploring, I made sure it was our on route. I was not missing this and I knew Zach would find it fascinating.

This is definitely a highlight on this trip. The pictures truly don’t do it justice. Ruby Falls in Chattanooga was also a cavern system and was amazing, but on a different level, considering the waterfall at the end of the trek into the mountain. Luray Caverns was in a class of its own. There was no waterfall, but O M G! The formations along the way, the other-worldliness of it all, the mirror pools… if you have never been, it is definitely a place to put on your list! Fortunately, there were no lines and we went right in. There’s no elevator to wait on to ride down, just a stair case. 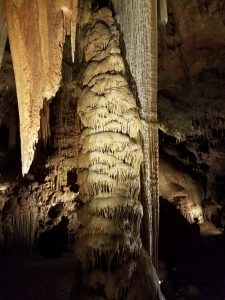 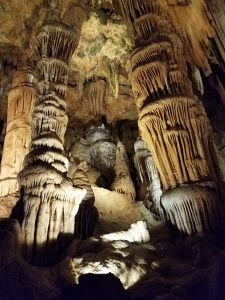 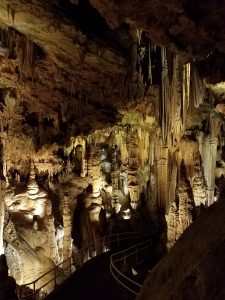 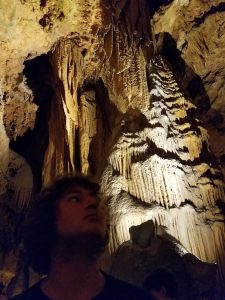 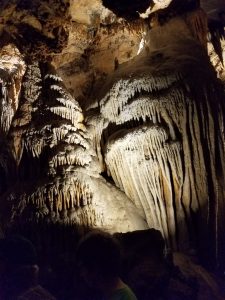 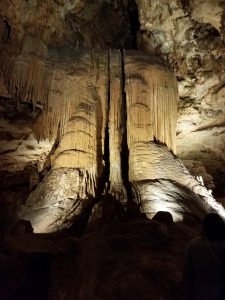 I truly felt like I was on another planet down in the caverns. Zach was just as in awe and had a ton of fantastic questions to ask the tour guide, who had just started the week before and we were only his 5th ever tour…but he did an amazing job, was young and personable and very engaging.

There were two spots on the tour that Zach and I loved the most and happened to be both of our favorites. One was the wishing well. The pool was full of money….so much that you couldn’t even see the bottom of it in most places. Zach wanted to throw in some coins, but they were all in the console of my car since I hate to carry coins around. I wish I had some so he could throw them in. He was blown away by the concept of a wishing well and that people throw their money away into it. The caverns have donated all of the money thrown into the well to different charitable causes over the decades, which is probably good that they’ve taken the money out over time because when you look at just how much is in there now compared to when they last emptied it, and consider that over $1 million dollars in coins have been thrown into it, there’d be no pool left if it were all in there. 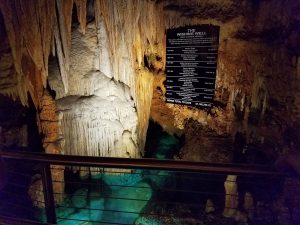 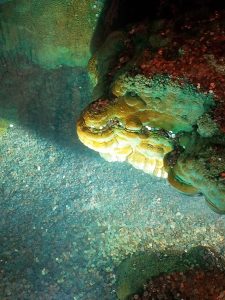 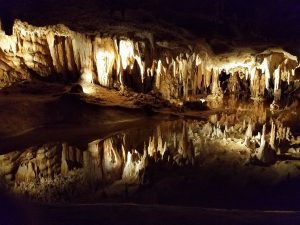 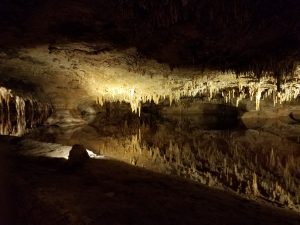 he other part of the cavern that we loved was the mirror pool. The pool was only about 18 inches deep, but the water was so still and cast a perfectly still and mirror reflection of the stalactites hanging from the ceiling that it looked like the cavern opened up really deep and gave the illusion of stalagmites growing up from the floor. The only way that my eyes weren’t completely fooled was by blowing a little bit of air over the pool to create a ripple in the water to distort the illusion.

One spot in the cavern reminded me of a scene from The Goonies movie. There is a great open area called the Cathedral or Ballroom. In this room is The Great Stalacpipe Organ. The inventor spent 4 years building it and tapped over 3000 stalactites to find the different notes that he needed to create the organ. Each of the notes are hooked up by a series of wires and taps around the cavern. When the keys are played, a stalactite is tapped and the sound resonates in the cavern. The organ played an old Christian hymn and the sound was other-worldly. One of the most incredible things I’ve ever heard! All I could envision was the scene in The Goonies where Andy has to play the bones organ. 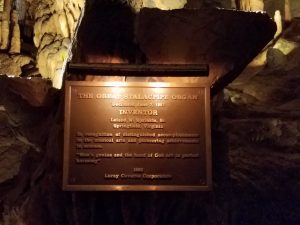 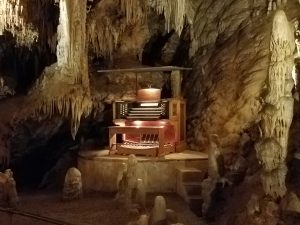 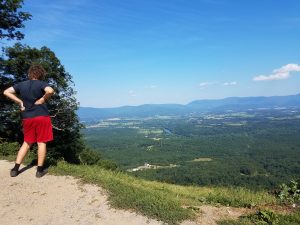 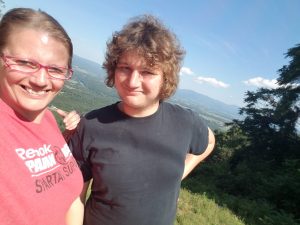 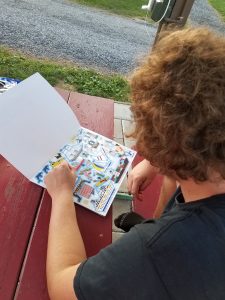 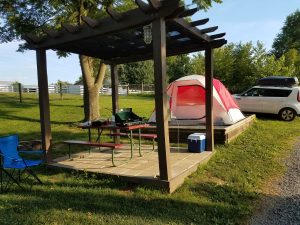 We had planned to stay at a little state recreational area, and it would have been great for only $10 a night, but it was up and over a mountain with no internet service and out in the middle of nowhere and we were the only ones out there. No ranger station, nothing….and Zach was feeling a bit unsafe, and begged to find a KOA, so we went back up and over the mountain and got a great couple of pics at the lookout area and drove another 4 miles to a KOA. It was a cute spot with hardly anyone else around, and sheep, goats, chicken, and a llama for neighbors.